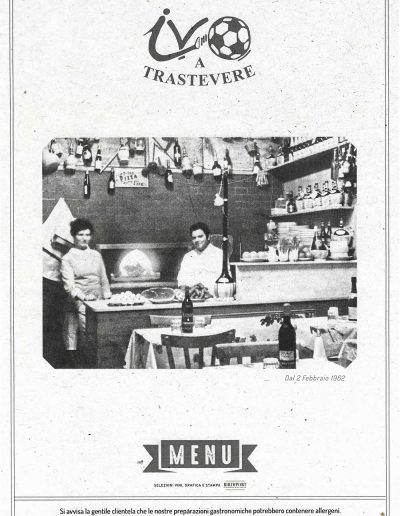 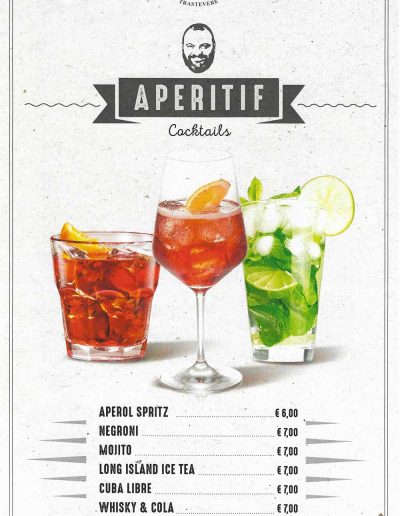 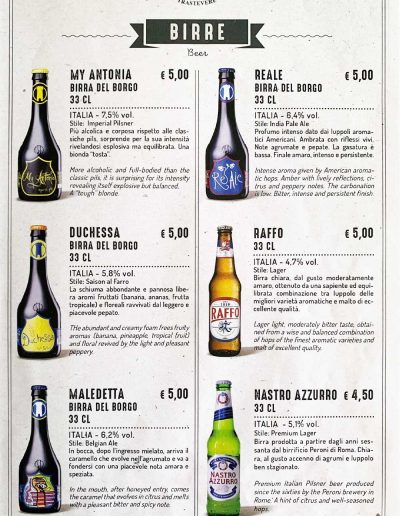 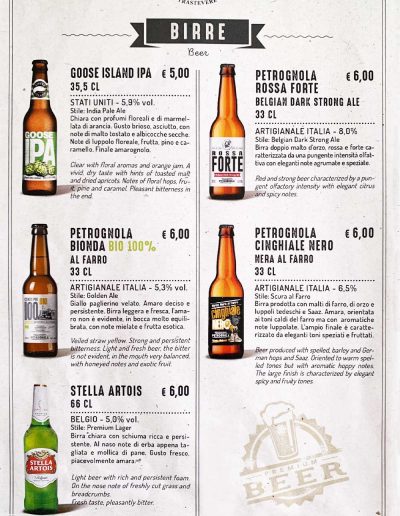 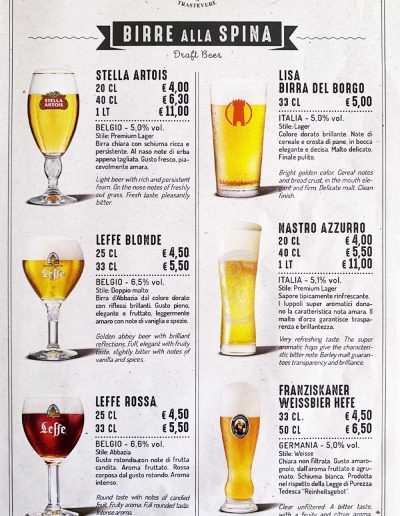 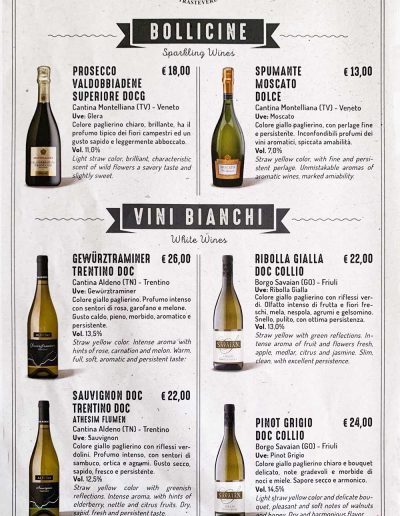 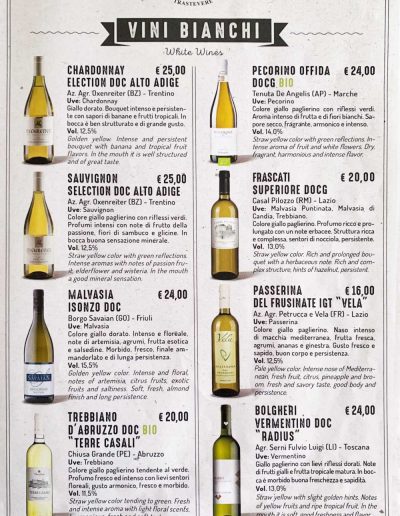 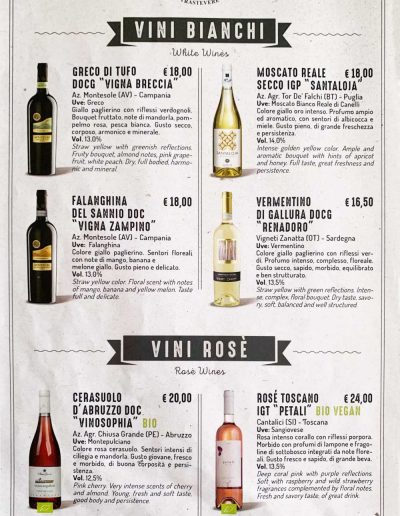 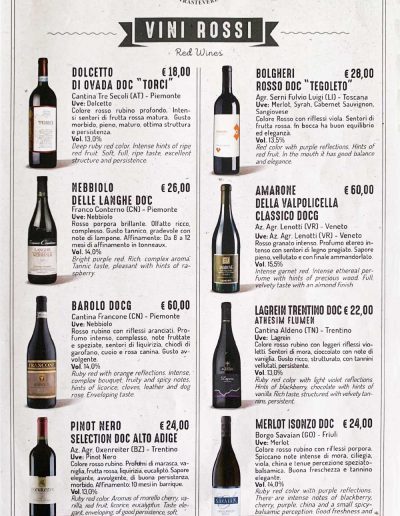 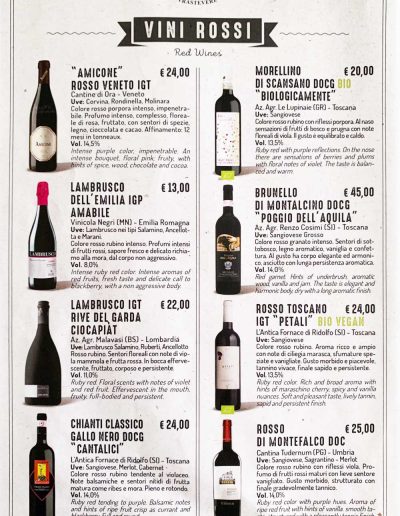 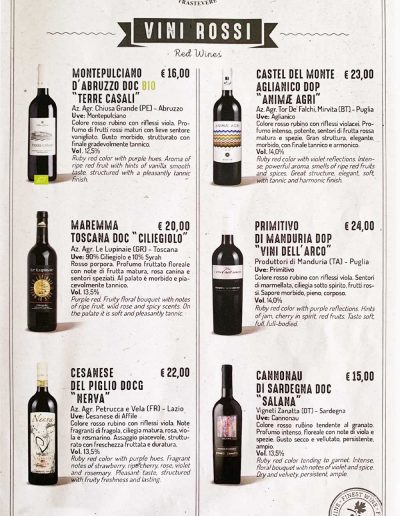 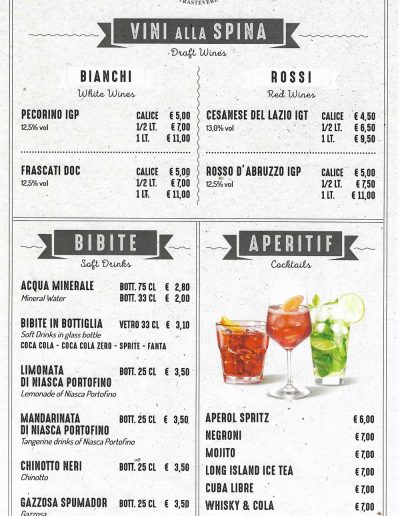 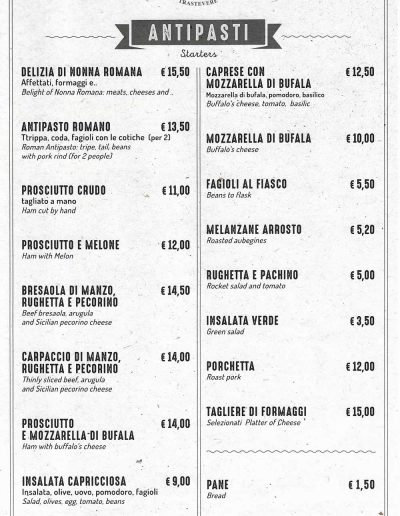 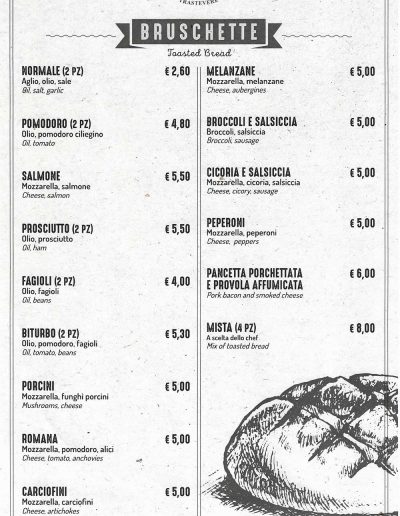 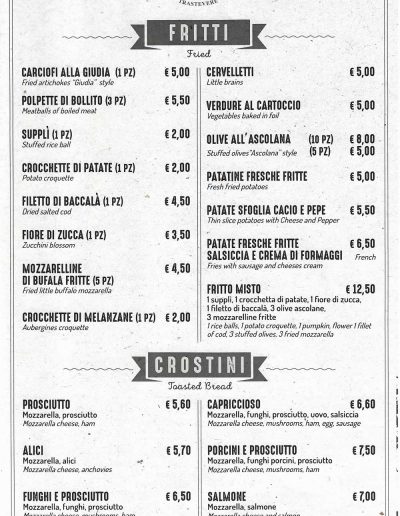 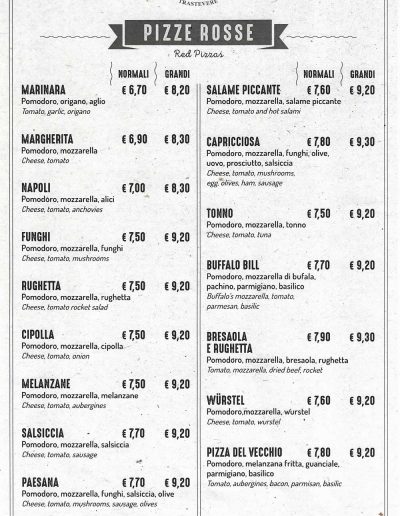 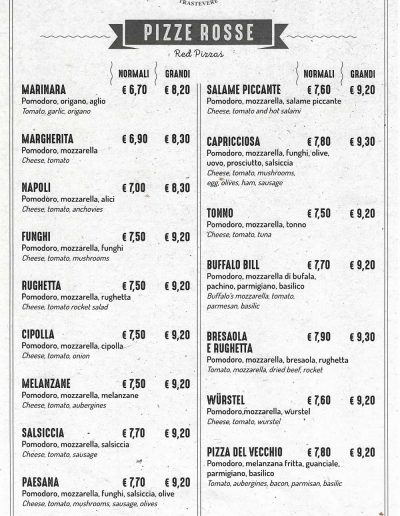 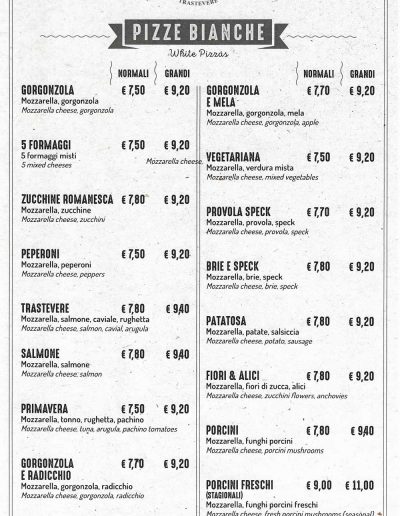 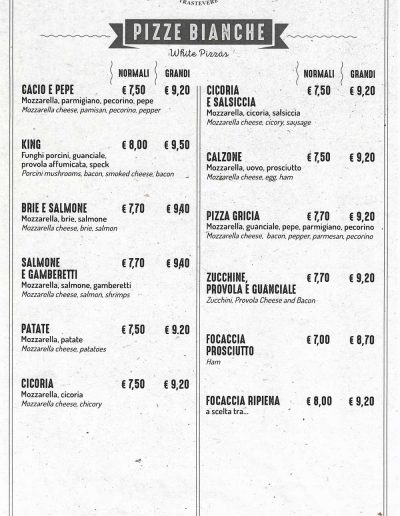 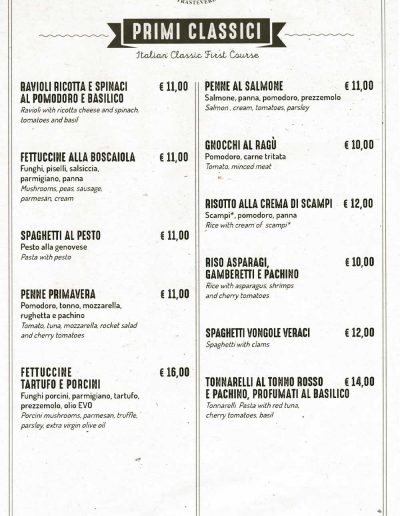 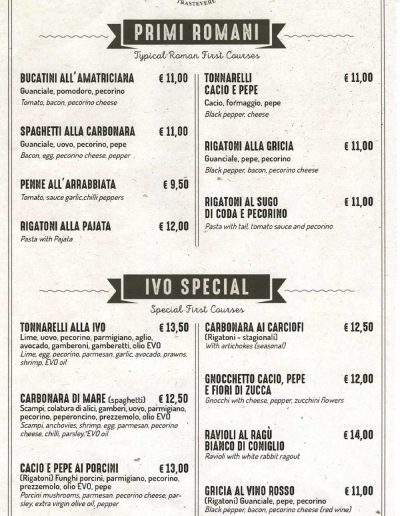 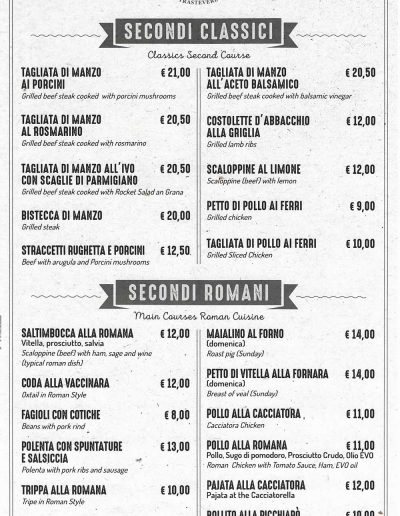 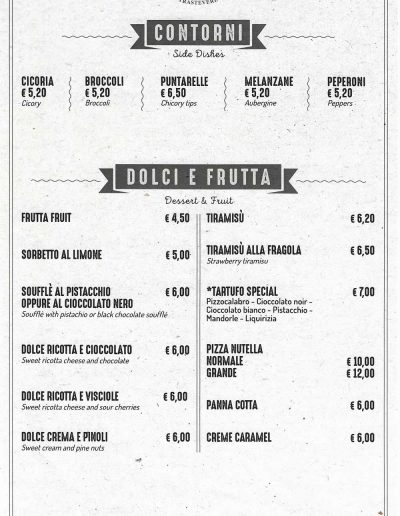 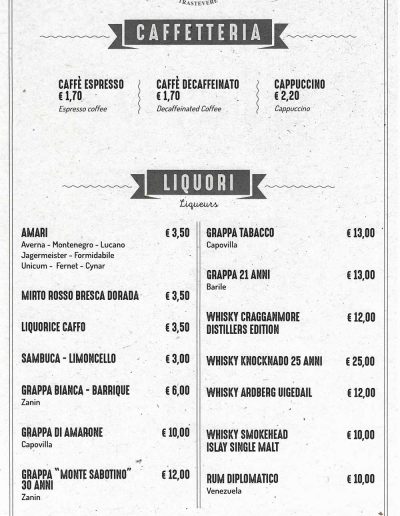 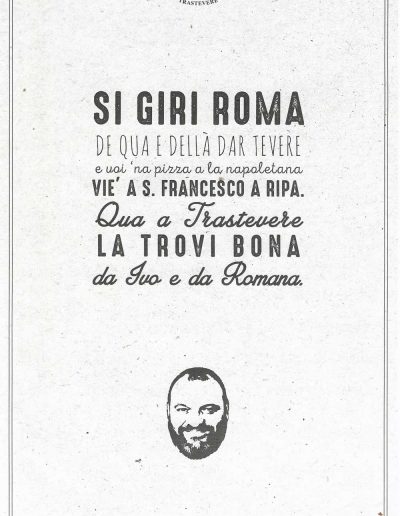 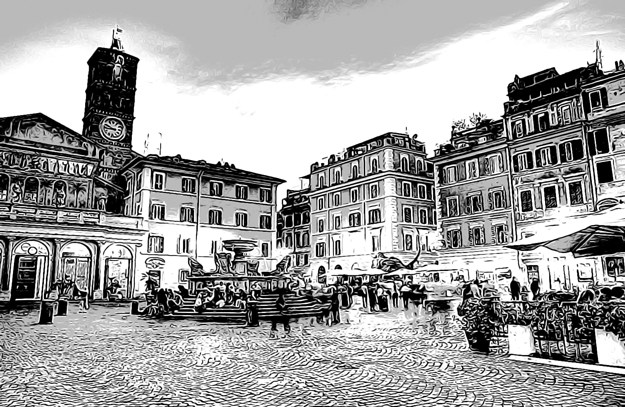 Ivo and Trastevere a love for 60 years!

Ivo in Trastevere. In the early 1960s, Ivo Stefanelli set up his own in the heart of Trastevere. In a short time it became the reference point for all the desserts. First desserts with desserts and then with pizzas. Soon they came from all over Rome … a growing success that led him to expand the room up to 4 rooms. And that’s how the fame that marked the history of Ivo in Trastevere began, today a destination for clients coming from all over the world. 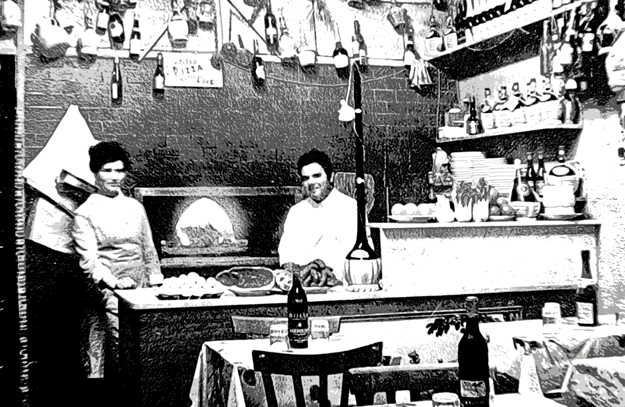 When Ivo started here, he made his mark with pastries. Then he turned his hand to pizzas. It was an overnight success. When Ivo opened his restaurant together with his wife Romana in Via S. Francesco a Ripa then there was only one room with the oven, he began to delight the Trasteverini with his sweets then he thought to expand and the idea came to prepare the first pizzas with mozzarellar mozzarella that passed out with the cart. He began to churn out the first pizzas alla romana famous for the “scrocchio” so always crunchy and fragrant … everything else is history. 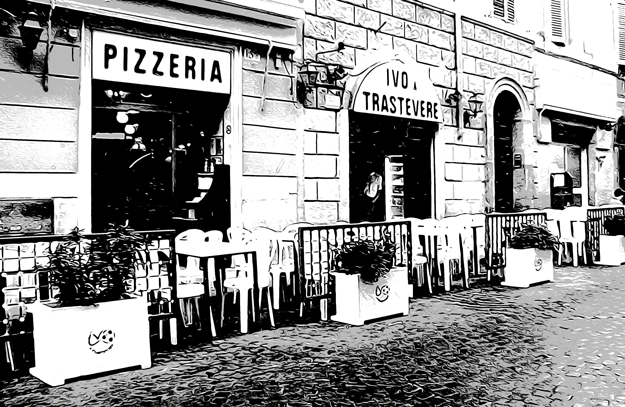 Dna from pizzeria and restaurant quality

In the ’80s Ivo had the happy idea of enlarging the kitchen proposal with fried Roman and classic first courses. In ’99 the rudder passed to his son Ivano who began to improve the selection of raw materials: fried prepared with fresh ingredients, Danish meat, cheeses and salami d.o.p, organic labels and special beers. The gastronomic revolution of Ivano is still evolving but the average price of € 20 has not changed!

That of pizza was not the only passion of Ivo Stefanelli as can be seen from the historical logo. In the ’70s and’ 80s he was the president and founder of the football team Ivo in Trastevere, where they played Giordano, of clear and many other players who would then have won international success. It was the neighborhood team but all of Trastevere or at least no less than 2/3000 people moved every time when the team played. There were often large tables by Ivo with all the players, the people closest to the team, the supporters, were exceptional evenings left indelible in the memories of many people. The passion for football inevitably infected also the son Ivano who in 1989 went to work for the team of Rome for the duration of 5 years until 2010 which became also a manager responsible for the youth sector and won many tournaments and club championships and more. But the passion for the family business was stronger and he returned to work in the restaurant bringing some epochal innovations that made his father’s historic restaurant even bigger.